LEAH CAROLINE
“I have come to my garden”  is a series of cyanotype “scroll journals,” consisting of Hebrew texts from Shir Hashirim (Song of Songs), Hasidic commentary, and my pregnancy writings.  This work grew out of an odd attachment with an aloe plant I wrote about in my nature writing, where it signified my experiences of pregnancy.  The aloe became me and when it died I felt its loss. The very personal writings of my garden, recalled memories of an important Chasidic text I studied in my youth—called “Basi LeGani” (“I have come to my garden”), it is based on chapter 5 of Shir Hashirim (Song of Songs). I used photographs of the dead aloe plant, scientific drawings of pregnant wombs, and the texts to make negatives for the cyanotype prints. The process became a way for me to record and document my experiences of nature, life cycles, and my Torah studies. 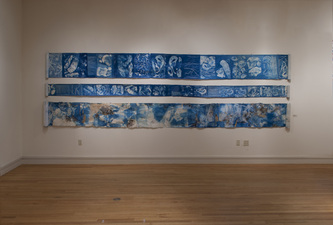 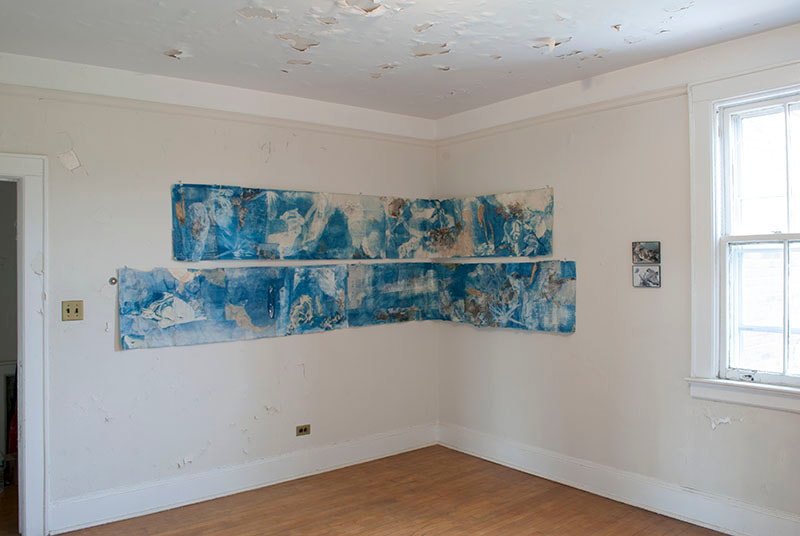 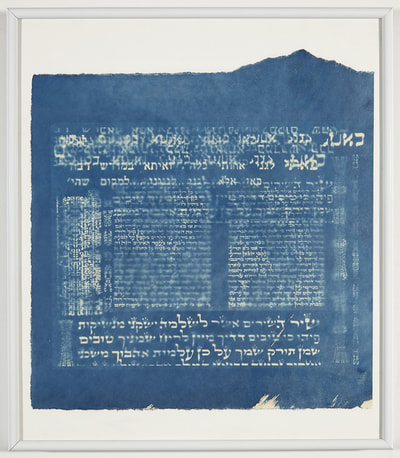 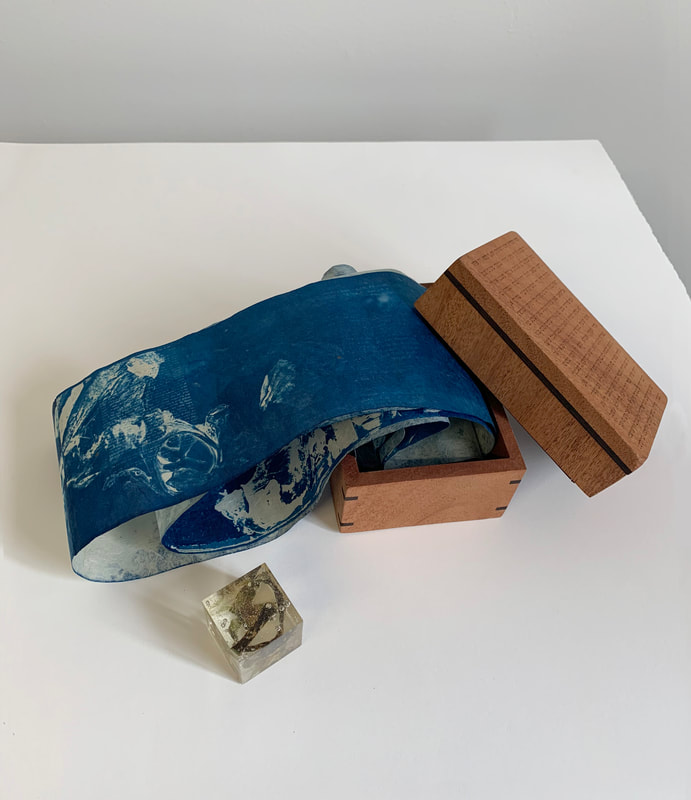 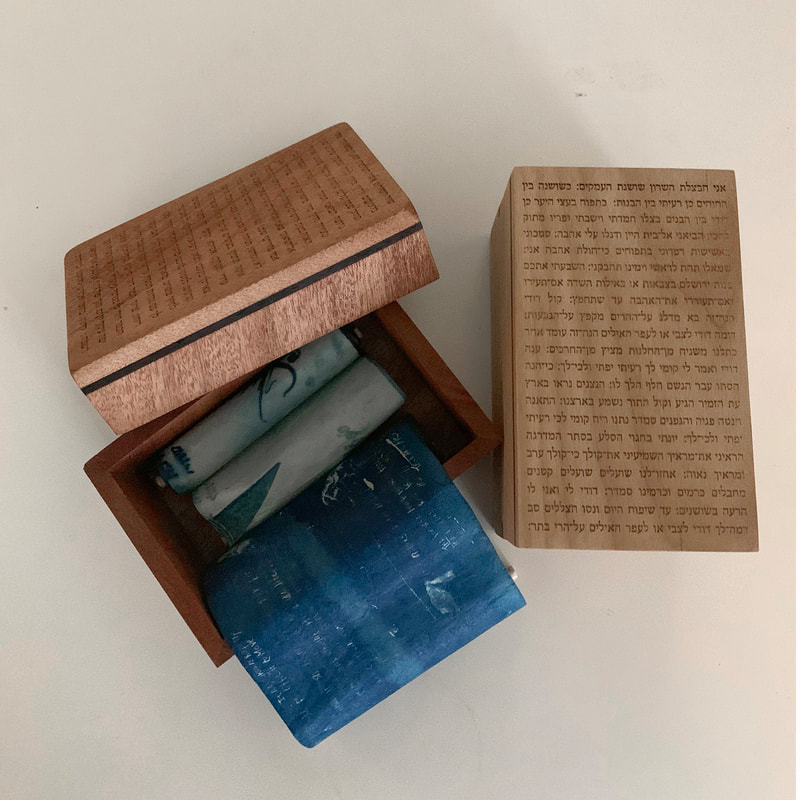