LEAH CAROLINE
Curiosities and Wonders, October 2013
“Spikenard and saffron, calamus and cinnamon, with all frankincense trees, myrrh and aloes, with all the chief spices.” Song of Songs, 4:14

My installation at the New Haven Armory includes my scrolls and cyanotypes from “I have come to my garden”; as well as personal and natural objects and photographs that loosely relate to them.  There are photographs and drawings of the dried aloe, and the  live offshoot “children” of the original plant. These natural forms and personal artifacts are the beginning of my own collection of curiosities and wonders.  And it is growing.

“Reveille” is a bugle call; the word is from the french réveiller, to awaken.  In that spirit, my installation also includes ram and kudu antelope horns that are used for shofars.  Their curved shapes mimic the scrolled cyanotype papers.  Yet, unlike the ambiguity and quiet of some of the scrolls and their texts; the shofar’s sound is clear and loud, and awakens to the present.  It is a sound of awe and wonder. 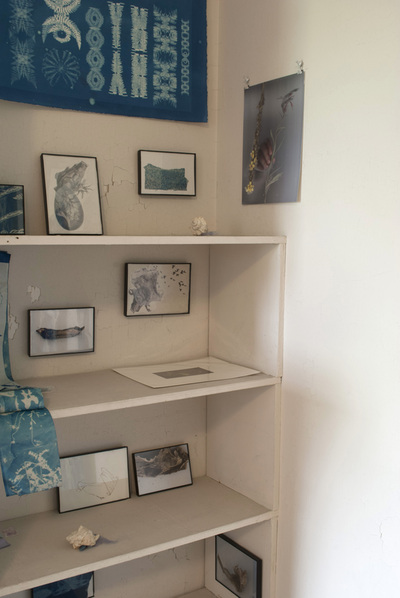 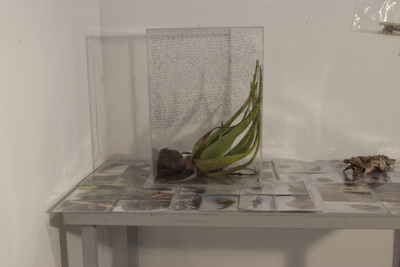 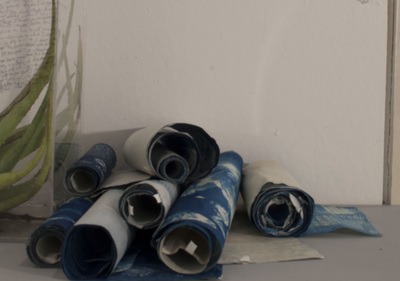