LEAH CAROLINE
This is a continuation of the previous journal, "Sleep, Dreams, and Redemption."

"On The Night The King's Sleep Wandered."

Purim is a beautiful holiday. Full of joy, laugher, masquerade, and food.
Baskets and baskets of food. 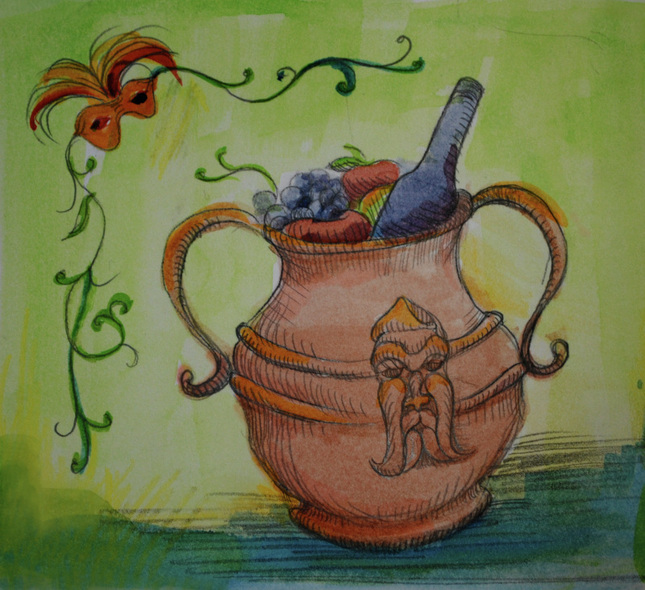 What are we celebrating?

On Purim we read the Megillah, which tells the story of how we were miraculously saved by those who sought our death and destruction.

About midway through the reading, the reader of the Megilla raises his voice and dramatically says "On that night the king's sleep wandered," (Esther 6:1). This is the climax, the turning point of the story. One year after his decree to allow Haman to destroy the Jews, King Achashveirosh was unable to sleep. Apparently, this was the beginning of Haman's downfall and of the Jews' salvation. 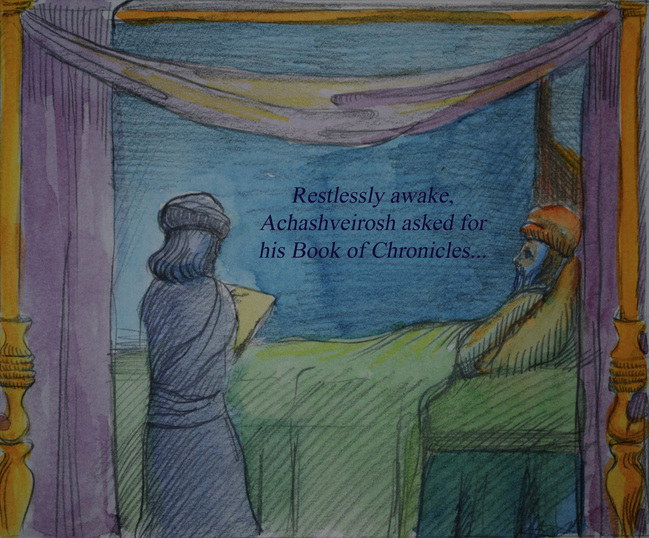 Restlessly awake, Achashveirosh asked for his Book of Chronicles,
and was reminded of an incident where Mordechai had saved his life.
As Mordechai's reward, Haman was ordered to lead him, dressed in royal garments, through the streets of Shushan. This was utter humiliation for Haman.

Soon after, the Jews were given permission to defend themselves rather than face slaughter. They were victorious and "… there was light and joy and rejoicing and glory" (Esther 8:16).

Why is the king's sleeplessness the dramatic climax?
With a superficial reading, it seems like a minor detail.

"The King" in the Megilla is also a reference to our Creator,
whose name is never mentioned directly in the Megillah.
At the beginning of the Purim story, the Jews were "asleep" to G‑d's Torah and mitzvot. Therefore, G‑d too was "asleep."
This is the natural state of exile.

But then G‑d's sleep "wandered" and He awakened.

This is the miracle.
Where there had been the disorder of sleep and exile--
where evil was able to dominate the good, there was now order.
The Jews could overcome their enemies. 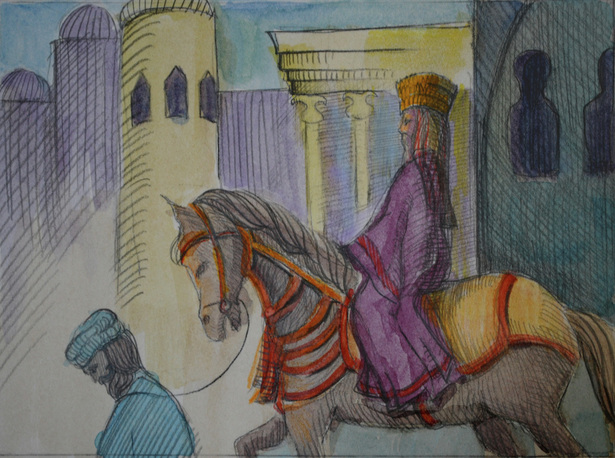 What had affected this change in the "King's sleep"?

It was the Jews' self-sacrifice for their Judaism.

Self-sacrifice comes from a place in the soul, called the yechida, that is beyond the differentiated soul powers. From the place where there is no differentiation. 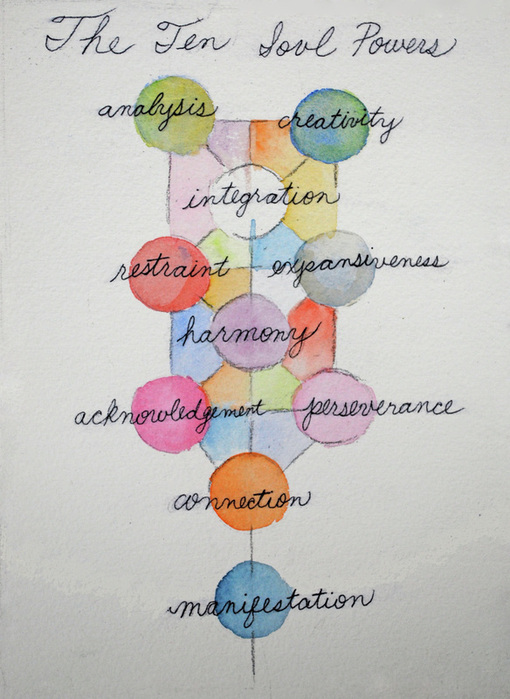 Unlike the state of sleep, where the soul powers are concealed in their source and there is confusion, self-sacrifice elicits great revelation.
This impacts the specific faculties of the soul as they are found in the body.
It also reveals the essential light of the Creator in our physical world.

What was the "self-sacrifice" of the Jews during Purim?

And so G-d's sleep was disturbed. His essential light was revealed so that the appropriate position of good over evil could be apparent.
Even in the physical details of Achashveirosh's Book of Chronicles.
Even in Achashveirosh himself. Even in exile.

We too have the ability to achieve this.
By bringing goodness, meaning and purpose into every aspect of
ourselves, our days and our years.

This will bring us the ultimate redemption when we will truly rejoice and celebrate
without limit.

I am including the link to Chabad.org, where this was also published.
http://www.chabad.org/theJewishWoman/article_cdo/aid/1126698/jewish/On-the-Night-the-Kings-Sleep-Wandered.htm